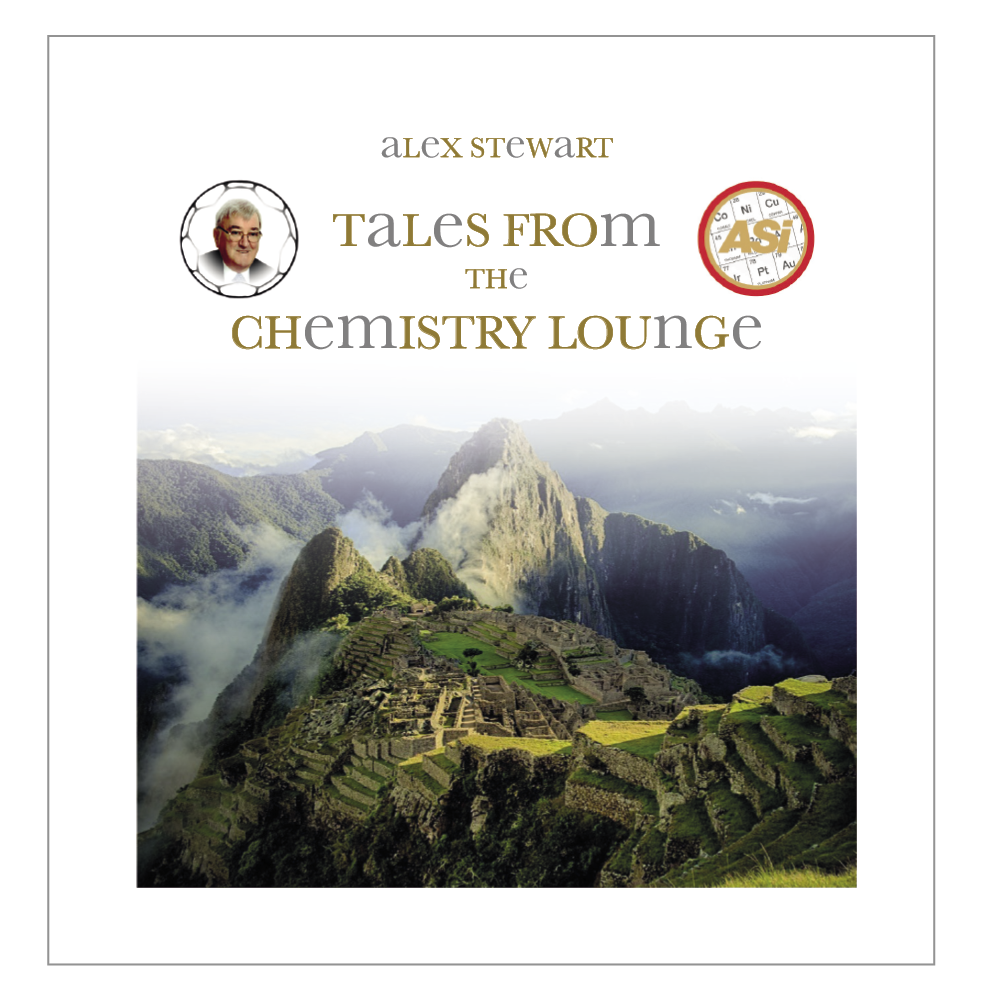 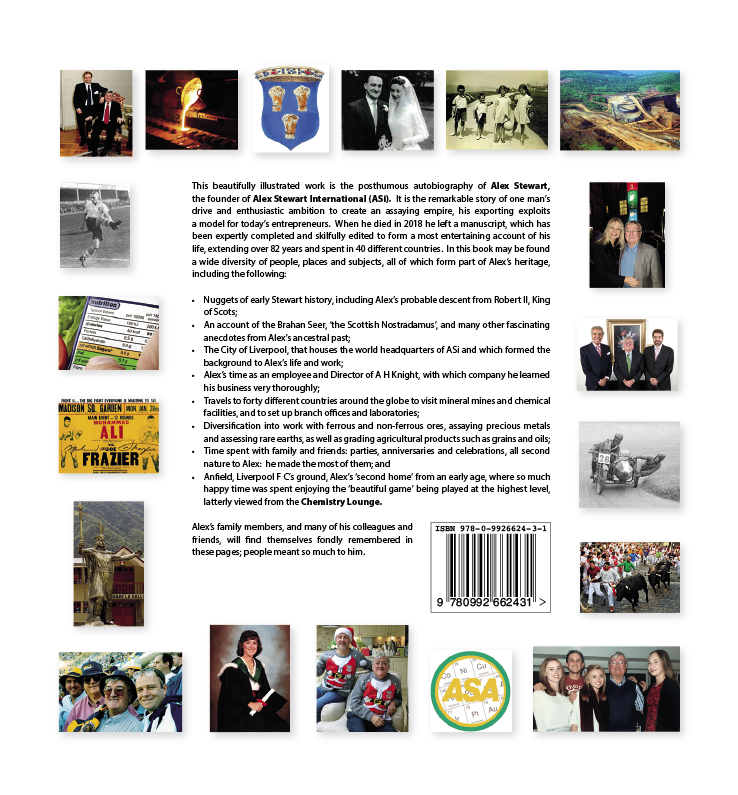 Tales From the Chemistry Lounge

This is the remarkable story of one man’s drive and enthusiastic ambition to create an assaying empire, his exporting exploits a model for today’s entrepreneurs.

Fully referenced and beautifully illustrated, this publication is a posthumous autobiography, the fourth in the remarkable ‘Heritage’ series. It should delight all who have a general interest in science, international trade, as well as football.

Liverpool Football Club’s ground at Anfield was Alex Stewart’s second home. In recent years its new stadium incorporated the Chemistry Lounge and this became a meeting place for Alex and his friends at ‘Table 20’. Tales of the entrepreneur’s exploits throughout the world were there often repeated: the Stewart medieval and more recent ancestral heritage; Alex’s modest start in laboratory life; and the growth of his venture into a global enterprise with a unique and respected assaying brand, a source of immense pride. The annals of Liverpool FC during the life of this ardent football supporter are also here painstakingly recorded with wonderful anecdotes and illustrations.

Alex’s family, colleagues and friends, will find themselves fondly remembered in the pages of this enjoyable ‘dipping-in’ book; people meant so much to him.

As a Daily Express sportswriter, I first met Alex Stewart when he travelled on Liverpool FC’s official charter flights and it was evident that red was the only colour on Alex’s horizons. His passion for the Club was even stronger than for the various metals on which his successful business career revolved. And now the two poles of his life come together in this wonderfully detailed and beautifully illustrated book, based on his own assiduously chronicled memoirs.

Titled Tales From The Chemistry Lounge – latterly his favourite Anfield vantage point to watch his beloved Liverpool’s matches – it embraces his business journey to become CEO of Alex Stewart International and his many travels around Europe following Liverpool’s fortunes under Bill Shankly, Bob Paisley and other Managers.

As Alex would say, you can’t put a price on allegiance like his. It’s all in the book.

Wealth and peace are created by trade and contacts between people around the world. Few realise the complexity and size of the movement and sales of materials, from ores to food. This book brings it all together in a very readable way as Alex Stewart’s own story: of how the assaying Company he founded has grown and moved with the times and diversified into agriculture and food testing.

I wish modern history and general knowledge books like this had been available when I was young!

This book is a wonderful window and in-depth analysis of the life of one man: his hard work knew no bounds and his achievements in the field of assaying were extraordinary. Football was his passion. What an interesting character!

Tales From the Chemistry Lounge Back Cover